About the U.S. Courts: General Information 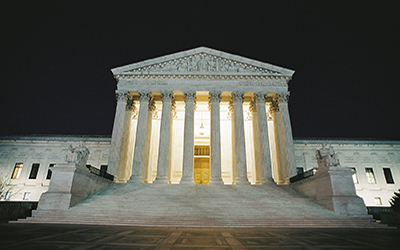 This webpage includes information about the U.S. legal system, including the structure of the federal and state court systems, judicial selection, federal court caseload statistics, and links to resources about judicial independence, judicial conduct and discipline, and court administration.

Judicial Business of the U.S. Courts (caseload data and statistics)
This report presents statistics on the work of the Federal Judiciary for each fiscal year, comparing data for the year of the report with data from prior years and, when possible, explaining increases or decreases in caseloads. Separate sections of the report address the appellate, district, and bankruptcy courts; the probation and pretrial services system; and other components of the Federal Judiciary.

Federal Courts and What They Do (PDF)
Introduction to the U.S. court system, its organization and administration, and its relationship to the legislative and executive branches of the government.

U.S. Legal System: A Short Description (PDF)
An overview of the U.S. Legal System including: (1) structure of the federal court system; (2) structure of the state court systems; (3) court administration; (4) the role of judges, prosecutors, and lawyers. For translated versions of this document, see Translated Briefing Materials under the Resources menu.

Inside the Federal Courts
An online tutorial about the U.S. judicial system produced by the FJC.

Courts 101: An Understanding of the Court System
Overview of the federal and state judicial systems, including information about jurisdiction, court administration and funding, the role of court personnel, and the path of a case in civil and criminal proceedings.

Creating the Federal Judicial System, Third Edition (PDF)
This document reviews the historical underpinnings of today’s judiciary system. By studying the Judiciary Act of 1789 and the subsequent legislation, we learn why the federal judicial system is the way it is today.

A New Judge's Introduction to Federal Judicial Administration (PDF)
This brochure provides an overview of the administrative information that new judges ask about most often before their first day on the federal bench. It contains practical advice addressing the most frequent inquiries received from nominees and new judges about the transition from the practice of law, academia, or the state court system.

Legal and Court Staff in the United States Judiciary (PDF)
This paper addresses the U.S. experience in this field, beginning with a brief overview of the U.S. court system and then turning to a discussion of the work performed by three categories of assistant personnel: judicial (magistrate and para-judges); legal (law clerks and staff attorneys); and administrative (clerks of court and circuit executives).

United States Sentencing Commission
The United States Sentencing Commission is an independent agency in the judicial branch of the government. Its principle purposes are: (1) to establish sentencing policies and practices for federal courts, including guidelines to be consulted regarding the appropriate form and severity of punishment for offenders convicted of federal crimes; (2) to advise and assist Congress and the executive branch in the development of effective and efficient crime policy; and (3) to collect, analyze, research, and distribute a broad array of information on federal crimes and sentencing issues, serving as an information resource for Congress, the executive Branch, the courts, criminal justice practitioners, the academic community, and the public.