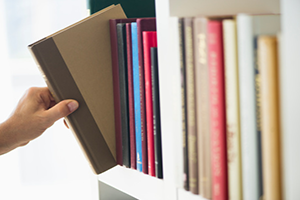 Judicial education plays an important role in enhancing the professionalism of the judiciary and promoting the rule of law. This webpage includes information about the International Organization for Judicial Training and judicial education providers in the United States.

International Organization for Judicial Training
The International Organization for Judicial Training (IOJT) was established in 2002 in order to promote the rule of law by supporting the work of judicial education institutions around the world. The organization convenes biannual conferences hosted by judicial training centers of different countries. These conferences provide an opportunity for judges and judicial educators to discuss strategies for establishing and developing training centers, designing effective curricula, developing faculty capacity, and improving teaching methodology. The IOJT website includes links to materials from past conferences as well as its journal: Judicial Education and Training.

The Federal Judiciary Channel on YouTube
This link will bring you to streaming video productions developed by the Federal Judicial Center, the Administrative Office of the United States Courts, and the United States Sentencing Commission. The videos cover a range of topics including analysis of U.S. Supreme Court decisions, discussion of sentencing law, and information about the U.S. judiciary.